New mechanics were introduced to Fifa 21’s Career Mode following its release in the summer, including customisable training schedules, loan-to-buy transfers, a more expansive tree of dialogue options for pre and post match conferences and a new way of simulating matches from the sidelines. It’s fair to say a lot of these were over-hyped when they first announced to where things are now, but nevertheless it’s better to have these features than not and there’s still plenty in the game mode for players to sink a few dozen hours into.

With that being said, here are some of the best teams that you can take control of in your Fifa careers this 2021.

Borussia Dortmund have established a reputation and won acclaim for playing scintillating attacking football, blooding through some of the finest young players of the past few generations and possessing one of the most passionate fanbases found anywhere in European football. But, whilst they are still the last team to date to have won the Bundesliga other than the Bavarians of Bayern Munich, they also have a torrid reputation for being Germany’s ‘best of the rest’ and a team that folds when the going gets tough.

A solitary DFB Pokal win in 2017 under Thomas Tuchel remains the only piece of silverware won by Dortmund since Jurgen Klopp’s league and cup double in 2011/12, showing off how starved the team has been of real success and just how much pressure there is for the person who takes the hotseat at Signal Iduna Park.

Nevertheless, all the tools are right there for someone to come in and steer the ship successfully. The likes of Jadon Sancho, Marco Reus, Erling Haaland and Mats Hummels are all world class players on their day, Thomas Delaney, Axel Witsel and Raphael Guerriero all provide a solid spine to build around, and the trio of Jude Bellingham, Gio Reyna and Youssoufa Moukoko are some of the most exciting talents with some of the highest potential stats in all of Fifa 21.

Blending Dortmund’s attacking flair with a steady stream of generational talents is a skill gaming feat in itself, however managing these things and ensuring that the Black and Yellow are able to keep up with the likes of Bayern and RB Leipzig just makes things even more of a tantalizing challenge.

With Frank Lampard being the latest man to hop off the managerial roundabout following his sacking, Chelsea could be the perfect club to take the reins of. Whether it’s through setting up a scenario similar to the ones the Blues find themselves in now, or simply hitting the reset and going at things with a blank sheet, Career Modes with Chelsea are, much like the real world, all about managing expectations.

Roman Abramovich has shown that anything other than a trophy laden cabinet at the close of season is a potentially sackable offence, but even widely respected managers such as Carlo Ancelotti serve as a reminder that the pressure to perform is relentless at Stamford Bridge.

After a period of being banned from transfer activity, Chelsea find themselves in the middle of a bit of an identity crisis. Their transfer ban finally led to some of their young talents such as Reece James, Mason Mount and Tammy Abraham being given a chance to shine, however the 2020 transfer window brought with it a huge £220 million signing spree that saw world class superstars such as Timo Werner, Hakim Ziyech, Kai Havertz and Ben Chilwell all arrive in London.

Blending together these two very contrasting set ups was a nut Frank Lampard found too difficult to crack during his time managing the side, but a Career Mode with Chelsea allows players to experience some of the finest footballers on the continent, albeit bringing with it a level of pressure that few other teams in the game can point to owning.

The f95zone is the most widespread online gaming site where you can play games securely.

One of the best examples of the term ‘sleeping giant’ at work, AC Milan are one of those sides fans of the beautiful game will always have fond memories of. The seven time European/Champions League winners have experienced their fair share of inconsistencies on the pitch and controversies off of it, but things look like they could be turning as of 2021.

The signing of the always legendary Zlatan Ibrahimovic has brought with it a renewed sense of prestige amongst the Rossoneri ranks, and Milan have been one of the sides that have benefitted the most from the downturn in form for the teams that have dominated the leagues in recent years, namely Lazio, Roma, Napoli and Juventus.

As well as the veteran steeliness that experienced pros like Zlatan brings, AC Milan have balanced out their squad impressively with the nurturing and acquisition of promising young talents from around Europe that should help add some longevity to any Fifa Career Mode with Milan’s red and black team. The likes of Brahim Diaz, Gianluigi Donnarumma, Rafael Leão and Diogo Dalot all boast high potentials in the game, as well as a potentially profitable transfer fee should players want to pursue a more Southampton-esque style of club managemen.

You can get more information about besteducationweb. You should also know the most important info called edunewszone. 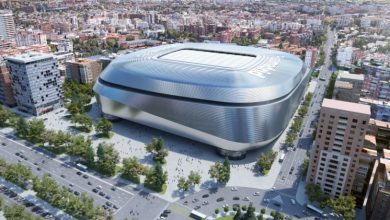 3 Best Football Stadiums in the World 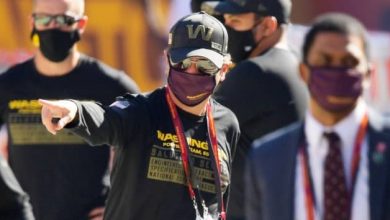 Dan Snyder: A Passion For Sports, Business, And Philanthropy 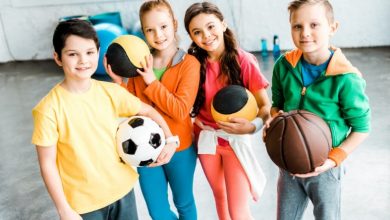 Finding The Right Sport For Your Kids 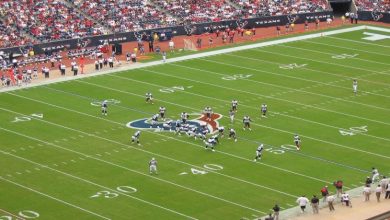 American Football and Its Rules